The Jersey City Board of Education Trustees

The Jersey City Board of Education is committed to ensuring that all of our students have an opportunity to chase after their version of the American Dream. We have worked with the district to develop several Small Learning Communities (SLC’s) such as culinary arts, fashion, and cosmetology. In addition, we have partnered with Hudson County Community College to provide students an opportunity to graduate with their High School diploma and Associates Degree within the four years that they are in High School. Our board recognizes that we have been given a public trust which is the most important to any city, its children. We commit to working every day to improve our public schools and welcome any and all public input. 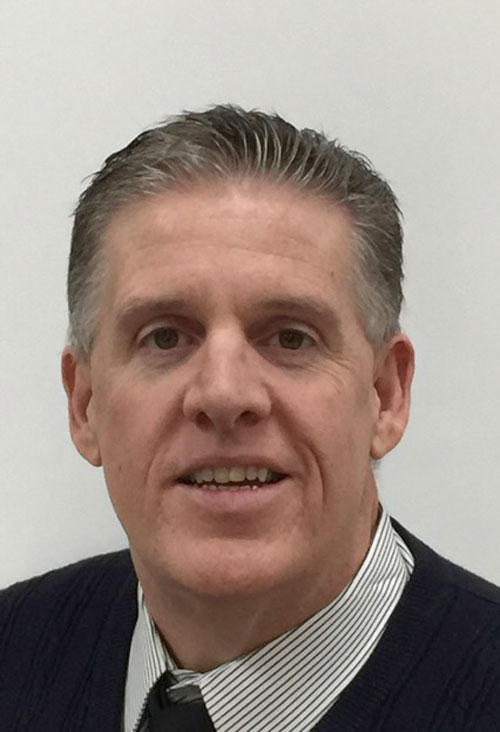 Board President-Gerald Lyons
Gerald Lyons is a retired educator from the Hudson County Schools of Technology
where he was employed from 1987 until 2021. His positions included vocational
teacher, academic teacher, media specialist, supervisor, director, and high school
principal.
He has studied locally at both Hudson County Community College and New Jersey City
University. He previously taught English as a Second Language at HCCC and currently
is an adjunct professor at Saint Peter’s University. He has a Masters in Education
Technology and is completing a second Masters in Education Administration.

He has served on the Board as the Chairperson of the Policy and Special Education
Committees and been a member of several other School Board committees. He has
been a School Board Trustee for several full and part-time terms starting in 2012.
He lives in Jersey City with his partner, having first moved into Jersey City in the late
1980s. 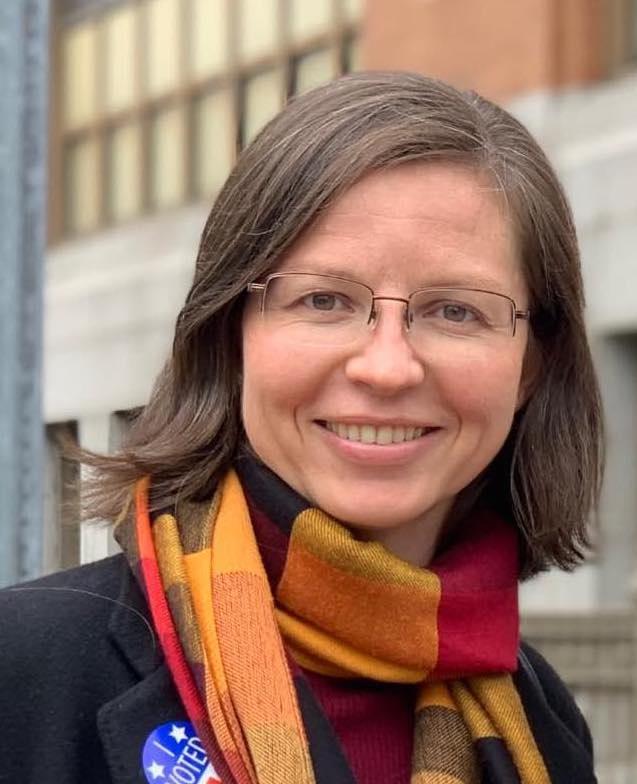 Natalia Ioffe is a first-generation immigrant from post-Soviet Ukraine, living in the US since 1992. She is a product of Philadelphia public schools and has a degree in International Management from Pace University. She worked as a Mortgage Processor at the United Nations Federal Credit Union, before settling in Jersey City in 2005, with her husband. They have two children- both Jersey City Public School students.

Natalia served as a parent council leader at P.S.16. Under her leadership, the non-profit revenues of the parent association grew from $15K to $250K/year to support school and community needs. A firm believer in “raising leaders” she trained new parent council teams in non-profit operations and understanding district policies as it pertains to public school support and advocacy. 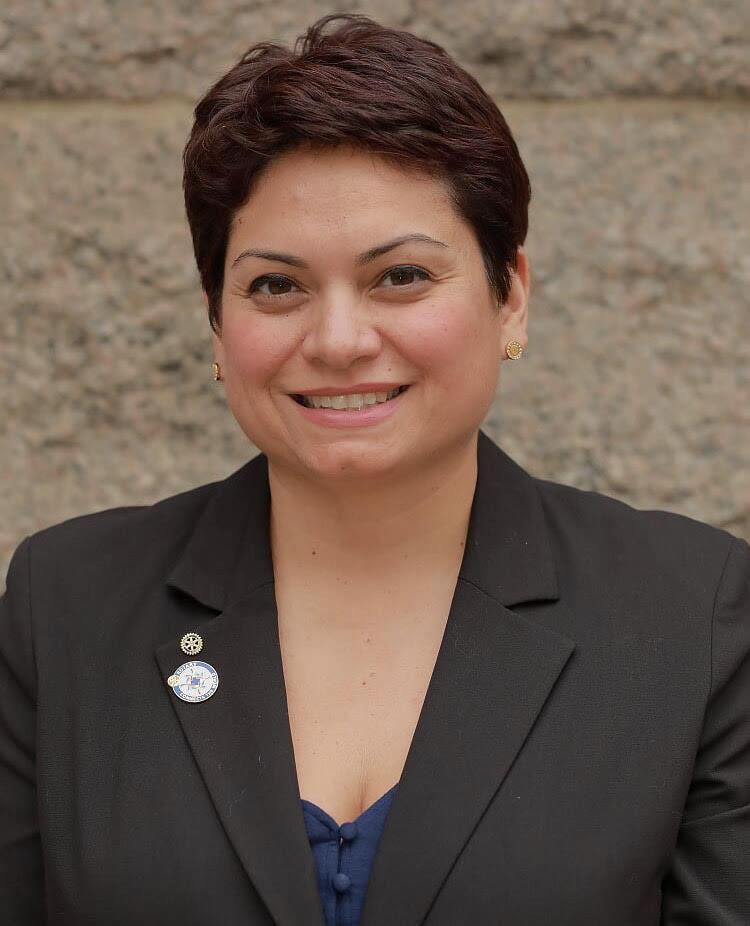 Gina Verdibello born to immigrant parents from Italy and Peru, she grew up in Fort Lee, NJ. While attending Rutgers University she met her husband Robert who grew up in Jersey City. They reside in Jersey City and have three young children Amelia (13), Iris (11) and Owen (9) that currently attend Frank R. Conwell MS4 and Joseph H. Brensinger PS 17. Gina has a BA from Rutgers University in Art History and has worked at Liberty Science Center, the American Folk Art Museum and The Picower Foundation in fundraising and development. She has also been a Realtor for over 10 years and is currently with Dominant Properties in Journal Square.

Gina has become very active in Jersey City. In February 2013, she started Girl Scout Troop 12026 at James F. Murray PS 38 where her children attended school. Originally starting with Daisies and Brownies, her troop expanded to Junior and Cadettes. Since moving into the Lincoln Park area, her troop moved to St. Paul’s Episcopal Church where girls from the neighborhood are encouraged to join. In the past, the troop has donated its cookie money to the Liberty Humane Society and St. Joseph’s Peace Care. They also have marched in the Christopher Columbus Parade and St. Patrick’s Day parade for several years.

She currently serves on the board of the Jersey City Board of Education, the Center for the Arts at Casa Colombo and is the President of the Rotary Club of Jersey City.

At Joseph H. Brensinger PS 17 Gina is the Parent Council Vice President, as well as the Tech Officer at Frank R. Conwell MS4. She is the Title One Representative for both schools. She has been a parent member of the Early Education Committee at the Board of Education for 6 years. Gina is a parent advocate for the children that attend public school in Jersey City. Before she became of Board of Education board member, she attended and spoke at Board of Education meetings and also testified at the Trenton Board of Education against the new PARCC standardized tests and advocated for new Pre-K buildings for Jersey City. She would also like to assist in the betterment of facilities and making our public schools the best they can be. 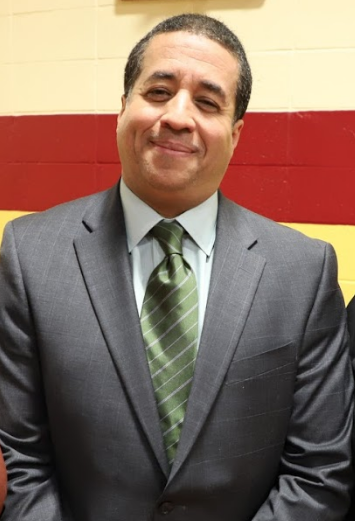 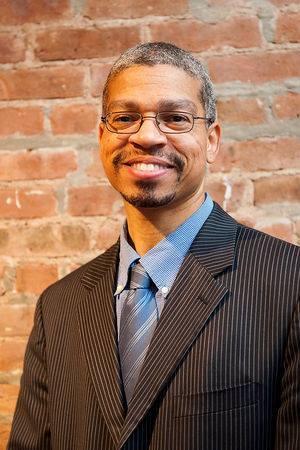 Board Trustee-Lorenzo Richardson
Lorenzo Richardson was born and raised in Jersey City in the Montgomery Gardens Housing Projects where he learned early on that the key to success is a good education and to use that education to help others.
He attended PS 9 Kennedy School, graduated 3rd in his Class at James J. Ferris High School, and was voted Most Likely to Succeed and Best All-Around Student. He earned a Bachelors and Masters Degree in Accounting from Saint Peter's College (now Saint Peter's University) and was active in student government and the community during his studies. Mr. Richardson is currently an Accountant with over 20 years of experience and is a member of several professional organizations.
Since college, he has and continues to mentor youth, serve in his church and community, teach Financial and Technology Literacy and promote Basic Literacy through book distributions for low-income children. His passion for equitable education has spanned 14 years with advocacy on the local, state, and national levels.
His success by God’s grace compels him to challenge the Jersey City Board of Education on doing the right thing for the children.
He clearly understands that Education is the key to rise from poverty and ignorance and shows you the path to your purpose. 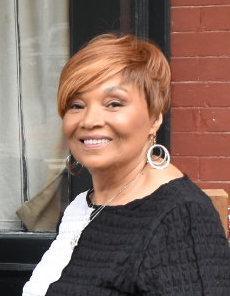 Paula Jones-Watson is a native of Jersey City and educated in the Jersey City Public Schools. She is a retired educator from the Jersey City Public Schools after 34 years of service and an adjunct professor for 22 years at Hudson County Community College. During her tenure, Paula has served in various capacities, such as classroom teacher for both grammar and high school, head teacher-of the former Title One program at PS 24, after school program administrator of (Lincoln High School), Special Education Coordinator (Lincoln High School), and District Inclusion Specialist.

Paula began serving the community in the mid 70’s under the mentorship of the late Izetter McDuffy. She has successfully raised money for scholarships through Tau Gamma Delta Sorority, as well as, the Late Rev. Dr. Charles T. Epps Scholarship Banquet, and serves the community with the BITE Organization. She is also a trustee at Zion Baptist Church. 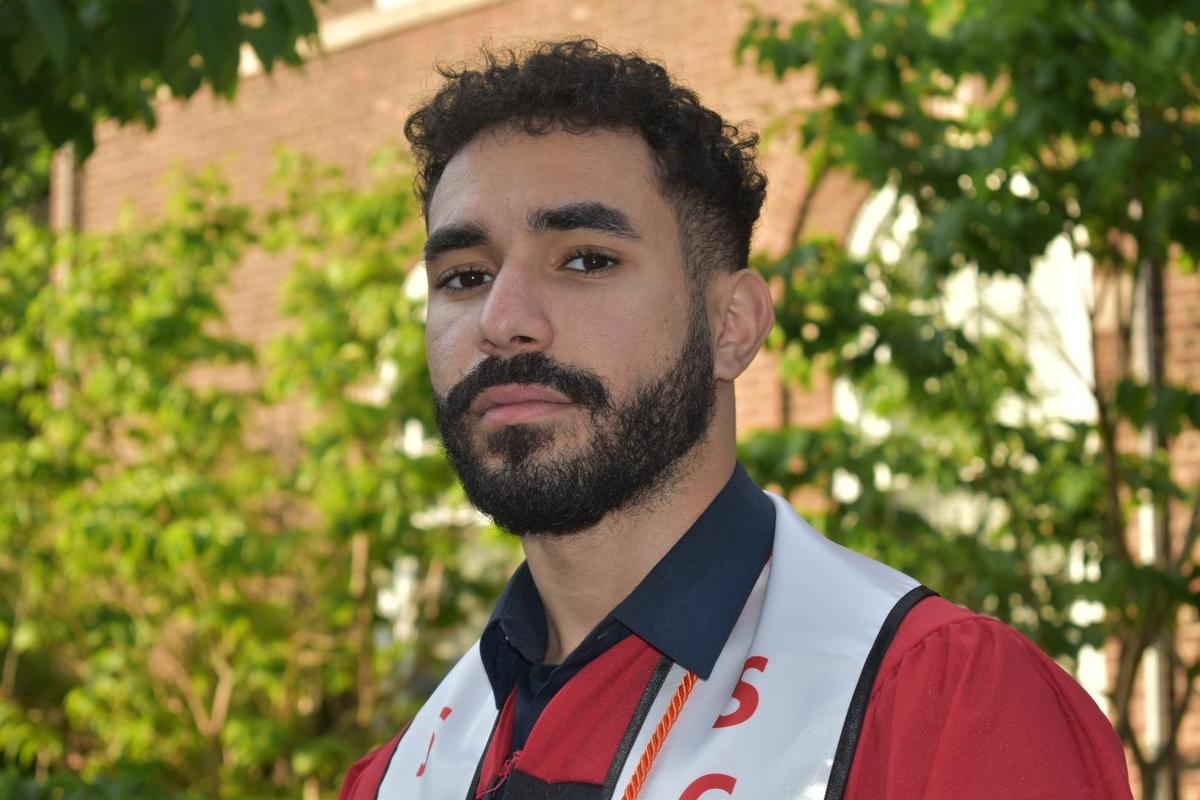 Younass Mohamed Barkouch is a first-generation college student and the eldest of five children to Moroccan immigrants who came to the United States to pursue the American Dream. He is a product of the Jersey City public school system and a proud alumnus of Dr. Ronald E. McNair Academic high school. Younass attended Rutgers University as an Educational Opportunity Fund (EOF) scholar and earned his Bachelors of Science from Edward J. Bloustein School of Planning and Public Policy and School of Arts and Sciences. Younass competed as an NCAA Division I student-athlete on both the Cross Country and Track & Field team while also serving as a mentor and the pre-medical field leader for the Rutgers Educational and Athletic Development Initiative (READI), a student-run organization created to provide academic, professional, and athletic support to student-athletes in STEM. READI’s success inspired Younass to work with McNair alumni to start Alumnor Mentoring, an alumni-run mentoring organization designed to provide juniors and seniors guidance through the college application process to improve college readiness and help identify internship and volunteering opportunities to enhance professional development. Younass participated in the Alan Grossman Interdisciplinary Research Team Fellowship and received funding to investigate educational equity and factors contributing to educational inequity in Jersey City public high schools. His research provided him quantitative insight on the district and motivated him to run for a seat on the Jersey City Board of Education. 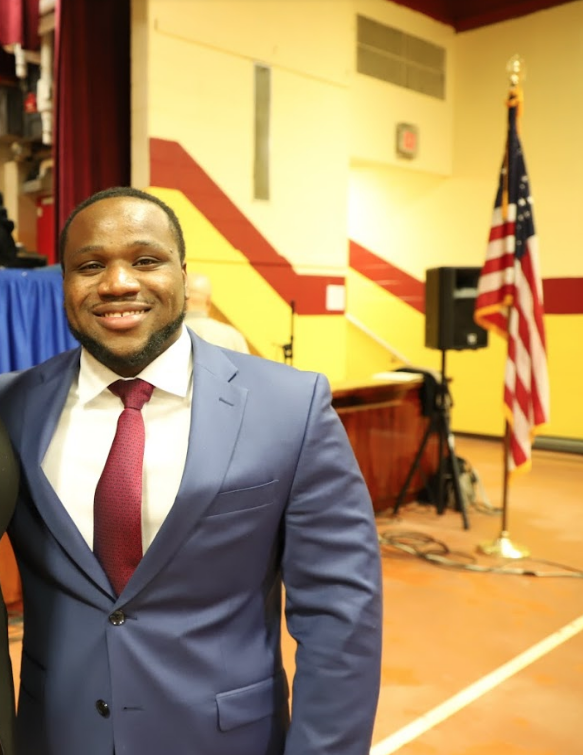 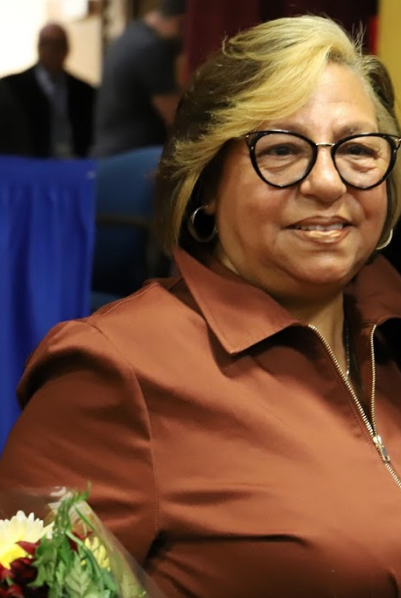